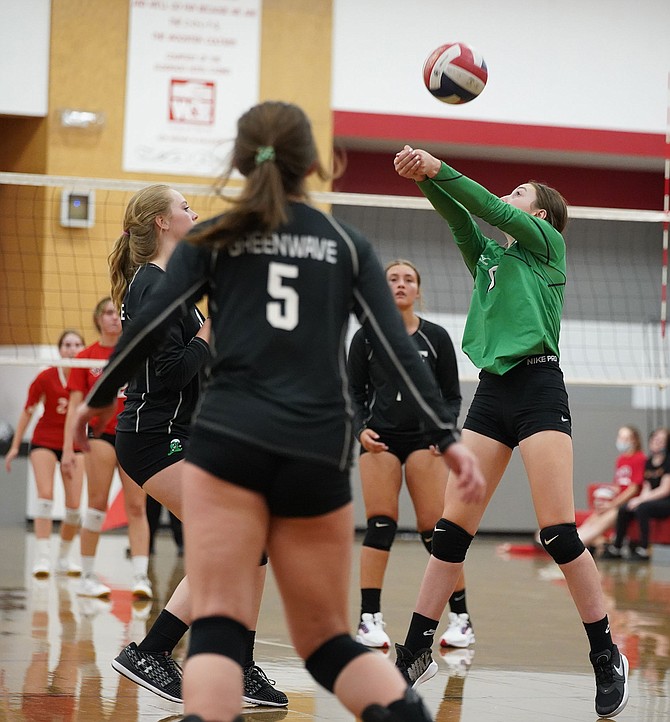 Fallon’s Bailey Stritenberger passes to ball to one of her teammates in last Monday’s game against Wooster in Reno.
Photo by Thomas Ranson.

RENO – In its first game since the opening-season tournament in Yerington, the Lady Wave volleyball team nearly swung the momentum in the second game before falling to Wooster in straight games on last Monday.

Jaquelin Medrano Avalos led the Lady Wave in kills with seven and Rylee Nichols, Kiley Wallace and Maddie Stephens each had four. Wallace, Nichols and Sativa Clark each had four blocks, and Stephens and Zoey each served six points.

Julie Lawrence led the Colts with a double-double — 27 kills and 12 digs — and Oliva Schreinert had 12 kills.

Wooster built a commanding lead early in the match, jumping to a double-digit lead after Lawrence’s ace forced a Fallon timeout and the team trailing 20-10 in the first game. Fallon started gaining momentum after the timeout, which carried into the second game that saw both teams battling back and forth for the pivotal victory. 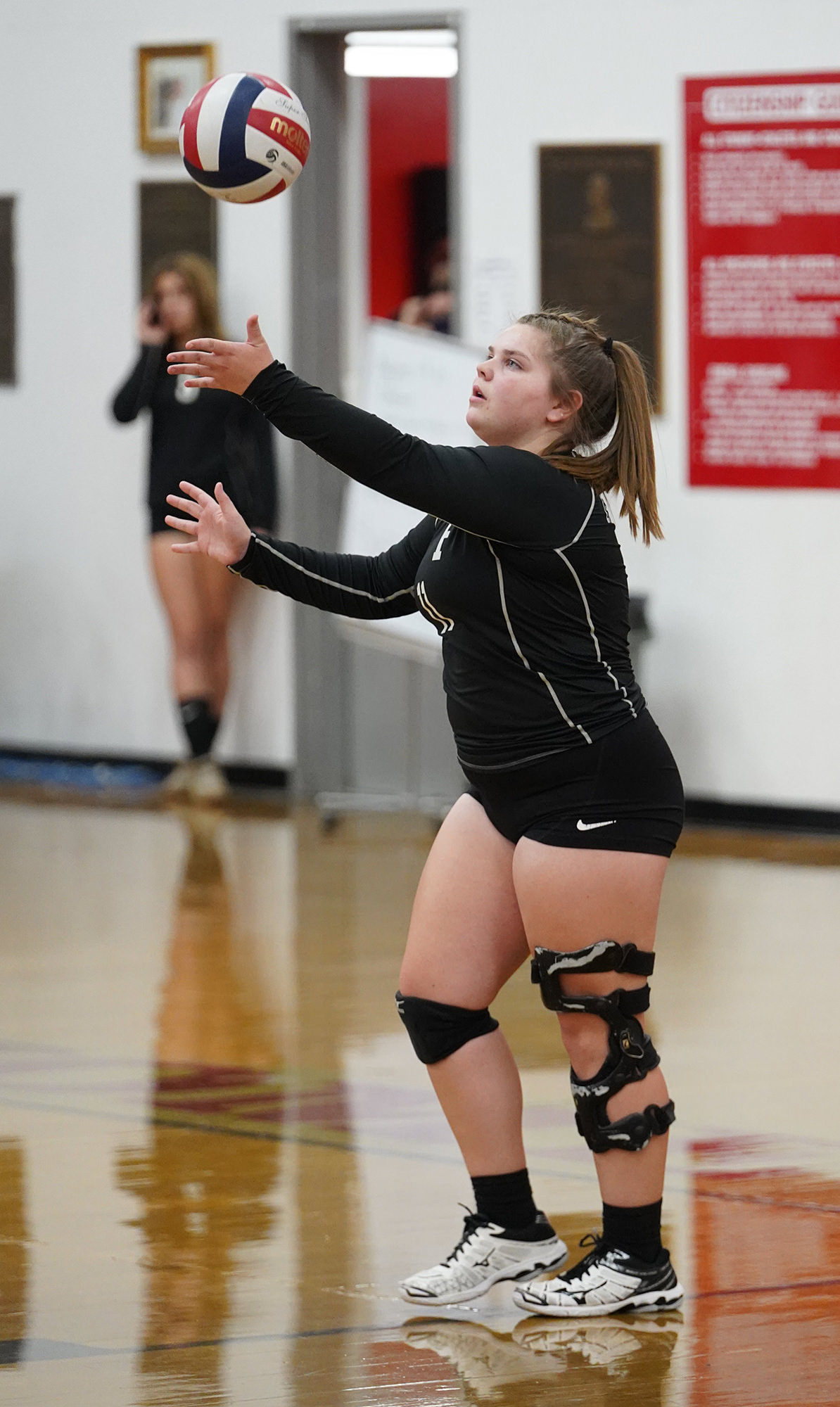 Fallon’s Maddie Stephens serves one of her two aces against Wooster.

The Lady Wave opened the second game leading early on until Wooster came back to break a 9-9 tie and jump to a five-point lead (16-11), its biggest of the game. Fallon, though, slowly chipped away at the deficit and after a Wooster attack error followed Avalos kill down the left side of the court and Zoey Anderson’s ace, the game was tied at 20.

Serving game point at 24-22, Lawrence responded with back-to-back kills to tie the game, forcing a Fallon timeout. Anderson’s kill broke the tie to give Fallon another game point, but Avalos’ dig landed out of bounds to tie the game at 26.

The Lady Wave fought off three game points thanks to Stephens and Nichols, but Schreinert and Lawrence’s kills ended the comeback attempt.