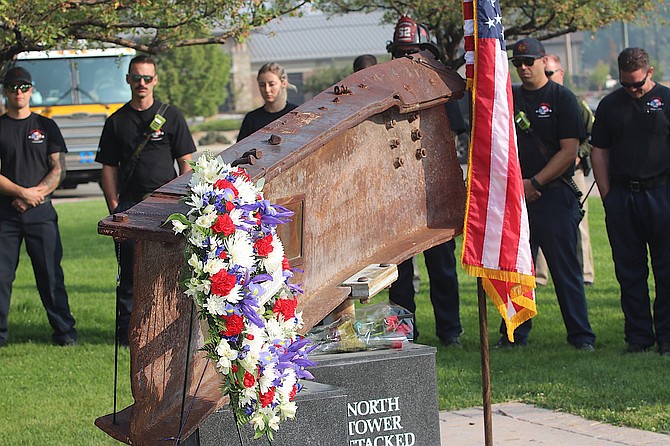 Carson City firemen stand behind a piece of steel from the World Trade Center at the 2020 remembrance. It is now part of 9/11 Memorial at Mills Park. (Photo: Steve Ranson/LVN)