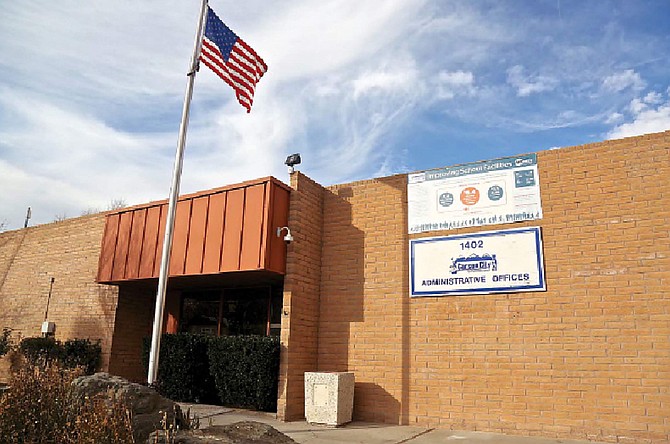 The Carson City school board this week tabled the decision on selecting a third-party consultant to assist in its hiring process for a new superintendent.
Trustees said although they had reviewed the proposals from GR Recruiting, McPherson & Jacobson, LLC and the Nevada Association of School Boards, they preferred not to make a decision at their Sept. 14 meeting, already extended by the previous discussion of the proposed equity statement that had drawn public comment.
Board President Joe Cacioppo said the selection of a new superintendent, expected prior to Superintendent Richard Stokes’ retirement in June 2022, should be conducted in a “fair, reasonable way” in cooperation with the community.

The cost for selecting the proposal is not to exceed $19,050.

“This is one of the most important things we do as a district,” he said.
National firm GR Recruiting based in Arizona, led by owner and founder Gary Ray, with offices in Iowa, Missouri, South Carolina and Texas, touts more than 10 years of school executive search experience. Ray has worked for more than 40 years, and the company’s staff of approximately 50 previously served as superintendents or associate superintendents and assisted campuses or conventions in conducting searches that have included Hawaii, Michigan, the National School Boards Association, the University of Washington and others. In Nevada, the firm helped in the hiring of Clark County School District Superintendent Jesus Jara. They are offering to charge Carson City a base fee of $15,000 for services with a travel estimate of $1,500 and an advertising estimate of $1,500.
In its credentials, national firm McPherson & Jacobson, LLC, based in Omaha, Neb., led by Dr. Thomas Jacobson, states it has placed more than 870 superintendents and officials in public and nonprofit organizations in the United States. Jacobson has worked for more than 30 years, and the organization’s staff of 125 nationally includes current and former superintendents, university professors and school board members. Its base fee is $19,050, with its travel estimate and advertising fees included.
The Sparks-based Nevada Association of School Boards, the organization that provides support, services and training to school board members who govern their local districts, offers as a key tenet the service of conducting a superintendent search should a school board be in need of it. Executive Director Debb Oliver also submitted a proposal to the CCSD board outlining NASB’s process for which its own base fee would cost $9,500, the travel estimate is included and advertising is undetermined.
Trustee Stacie Wilke-McCulloch said the search itself is intended to help maintain transparency of the board.
“We’ve worked really hard in this district to set up programs for teachers to become administrators and administrators to become associate superintendents and for associate superintendents and come in and be superintendents,” she said. “It adds more transparency so we’re not handpicking somebody from the outside wherever these three firms are.”
Cacioppo said with Stokes retiring next June, it’s important to note the board can’t hire someone next May, work through contract negotiations and expect the transition to take place that quickly.
The decision to delay the firm selection until the board’s next meeting is meant to give members a chance to review proposals in more detail, Cacioppo said.
The Board of Trustees is scheduled to meet Sept. 28.