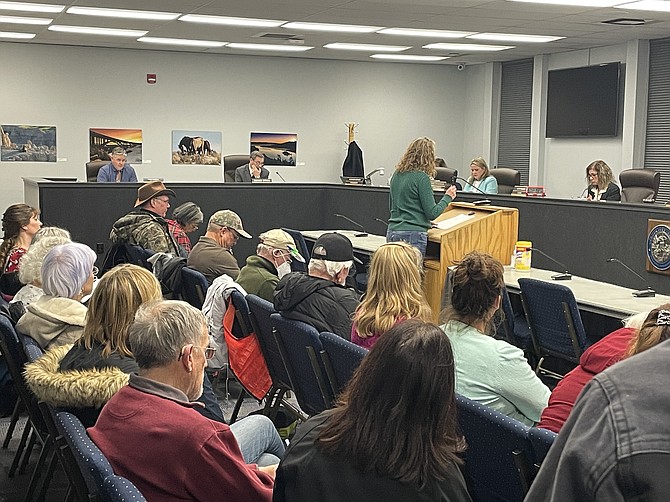 Carson City residents provide public comment to the Carson City School District Board of Trustees Tuesday night before they vote on the new superintendent.
Photo by Jessica Garcia.