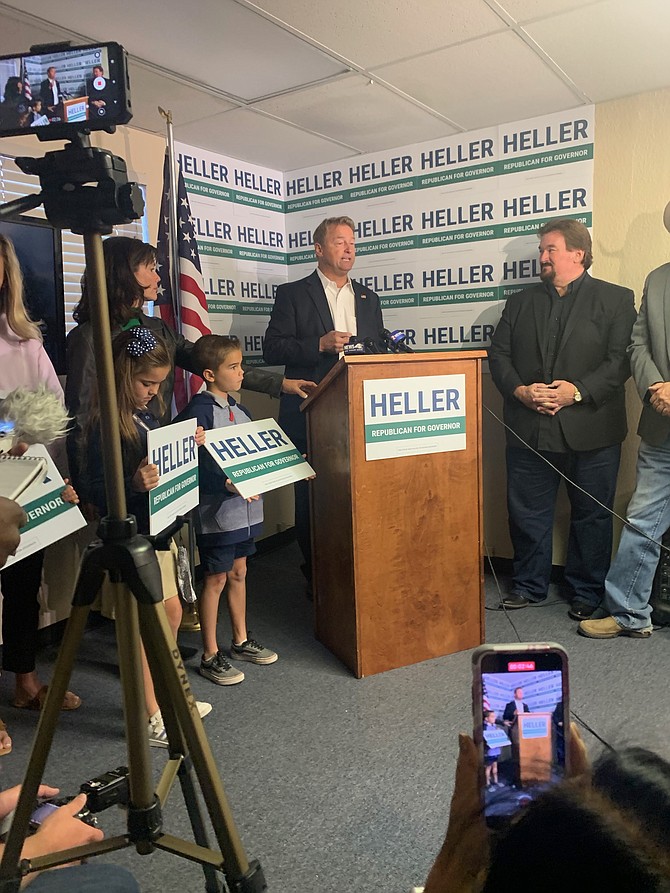 Dean Heller announces Monday that he will seek the Republican nomination for Nevada governor.