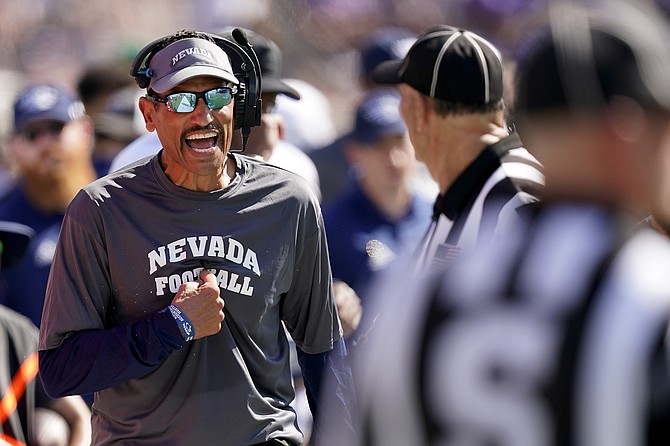 Nevada head coach Jay Norvell talks to officials during the second half against Kansas State on Sept. 18, 2021, in Manhattan, Kan. (AP Photo/Charlie Riedel)