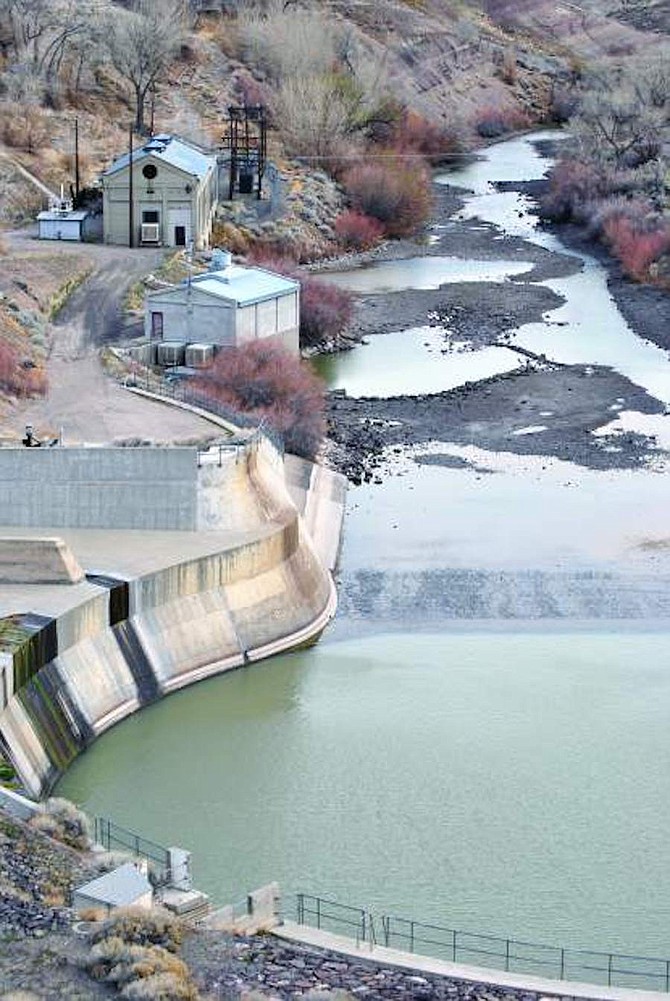 In a good year, water flows from the Lahontan Reservoir via the dam to the Carson River. 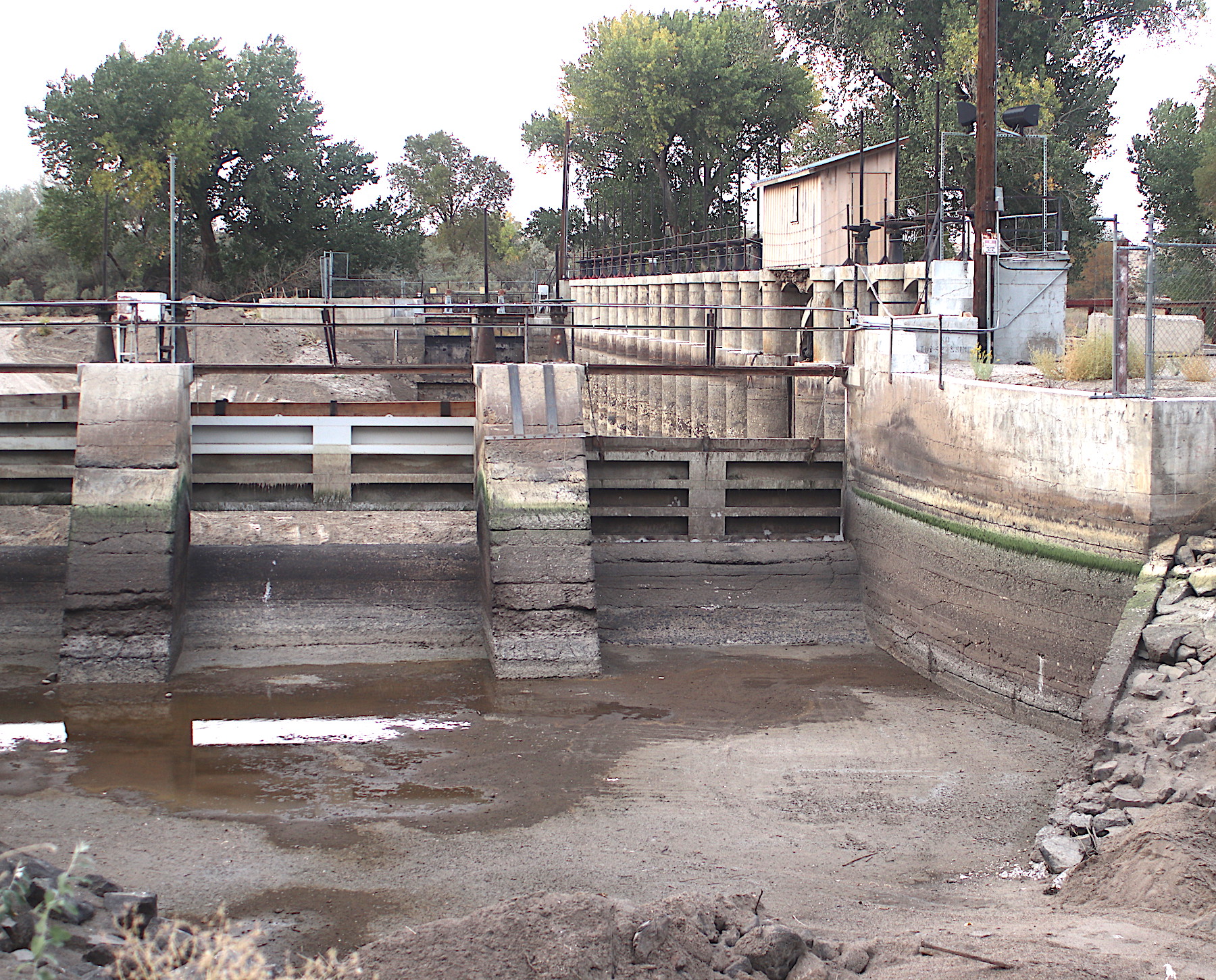 Steve Ranson/LVN
The Diversion Dam, which channels water from the Carson River to the V-Line canal, is almost identical to Derby Dam on the Truckee River.