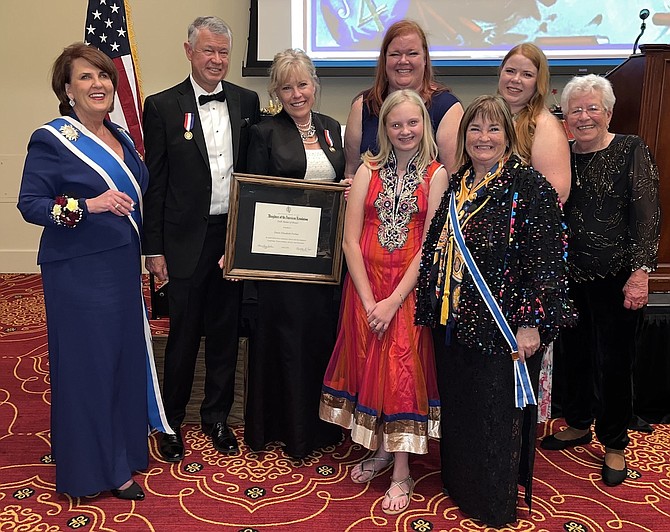 Jim and Dawn Forbus received on April 9 the Daughters of the American Revolution highest award, the Medal of Honor. Back row from left are Denise Doring VanBuren, the 45th president general of the National Society of the Daughters of the American Revolution; Jim and Dawn Forbus; daughters Lauren Tucker and Melissa Shore; and Dawn’s mother, Nancy Simerly. Front row are granddaughter Audrey Tucker, left, and Lori Bagwell, Carson City mayor and the state regent for Nevada and a member of the Battle Born Chapter.
Steve Ranson/NNG