Carson City cycling into the future 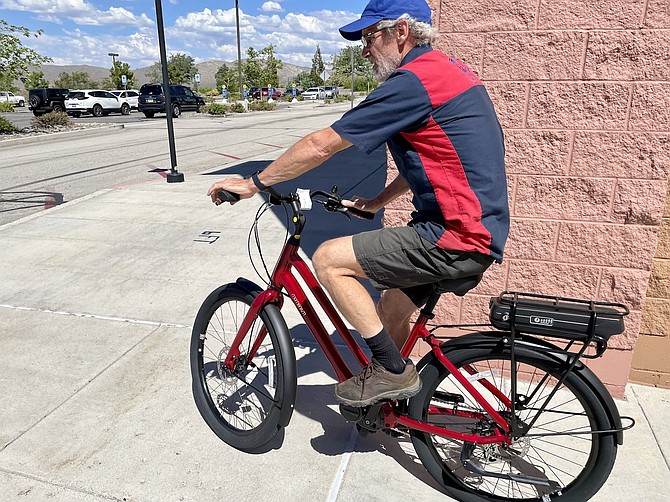 Denis Coyne, owner of Bike Habitat, takes a new ebike out for a spin off Topsy Lane on Aug. 10, 2022.
Photo by Scott Neuffer.