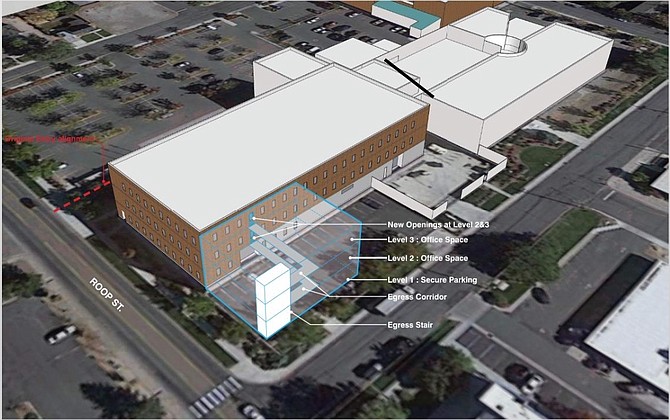 A rendering of a potential expansion to the Carson City Courthouse as designed by TSK Architects.
Carson City Public Works