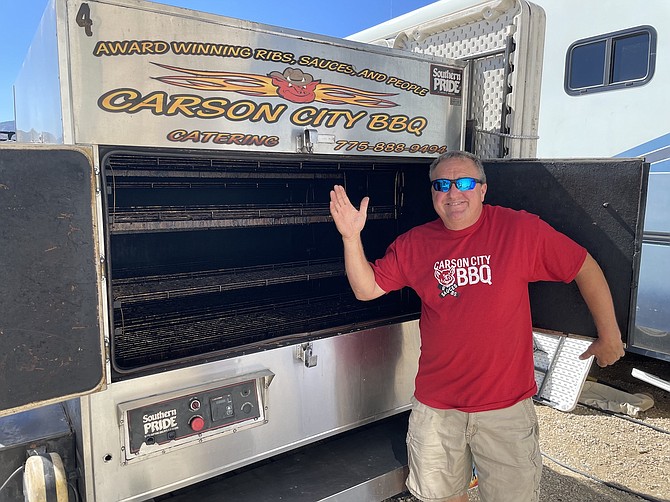 Phil Hyatt, owner of Carson City BBQ, showing off one of his smokers on Aug. 22, 2022.
Photo by Scott Neuffer.