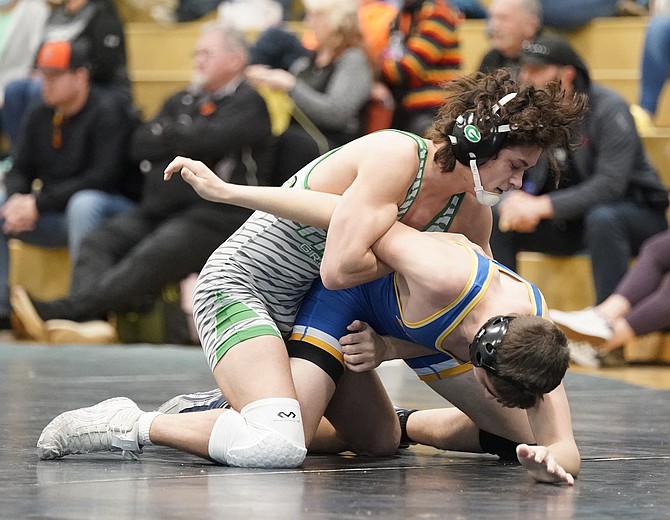 Fallon’s Steven Moon was the only Greenwave wrestler to finish on top as he leads three into this week’s state tournament in Boulder City.