Carson City student faces adversity in the ring and life 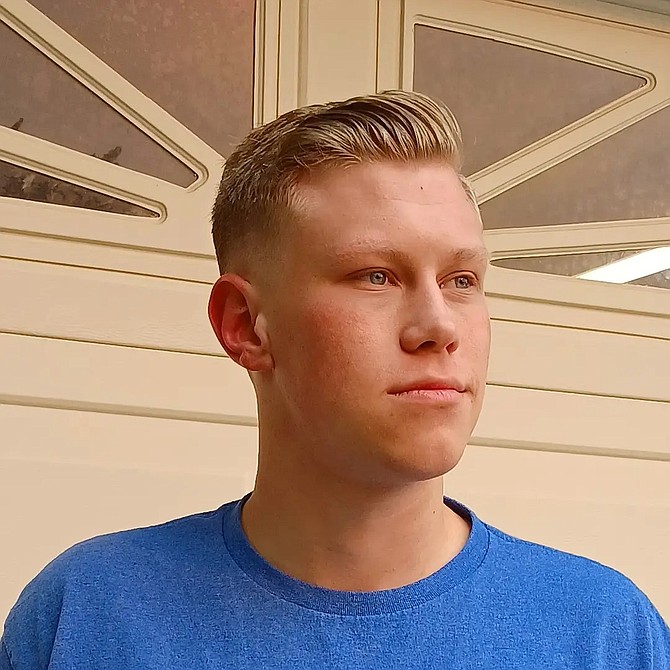 Gabe Allen, a senior at Pioneer Academy, is not unfamiliar with facing adversity head on. As an active participant in mixed martial arts coached at a gym in Carson City, Allen is used to facing challenging opponents.

In the gym, he works tirelessly to perfect his skill and technique, constantly trying to improve what he is capable of doing to not get knocked down. And when he does get knocked down, he gets right back up to work on improving himself. That determination to battle his opponents has also applied to life and school.

To achieve the honor of Eagle Scout with the Boy Scouts of America, Allen put together a self-defense seminar to demonstrate and teach women skills to protect themselves. Though he showed poise and confidence during his project, that wasn’t always the case with school and growing up. Allen said he has struggled with self-doubt and that came to a climax in ninth grade when his grades started to fall apart.

Instead of giving up on his situation or just accepting his fate, Allen fought back and changed schools to attend Pioneer High School and retrained himself. Though this is still a work in progress, Allen has managed to improve his grades significantly from that ninth grade year to taking classes at Western Nevada College in the JumpStart program and earning a perfect score on the ACT science exam.

Next year, Allen plans on using his gaining confidence to attend WNC then transfer to the University of Nevada to study psychology or engineering.

When asked who helped him through the difficult times, Allen gave credit to his friends and family who stuck by him when he was knocked down. He also said he had to rely on himself to get back in the ring, but the teachers and staff at Pioneer really helped him turn things around.

“Pioneer High has been a lifesaver for me,” he said. “My freshman year I needed something different. The teachers at Pioneer really care for their students. Not only are they good teachers, they are just good people.”