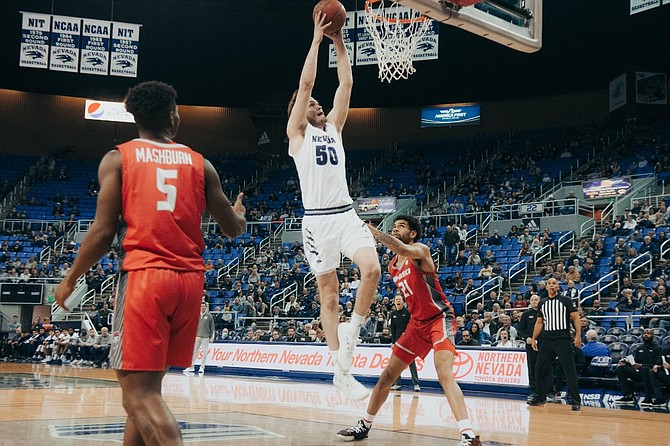 Nevada’s Will Baker throws down a dunk against New Mexico on Jan. 1, 2022 at Lawlor Events Center in Reno. (Photo: Nevada Athletics)