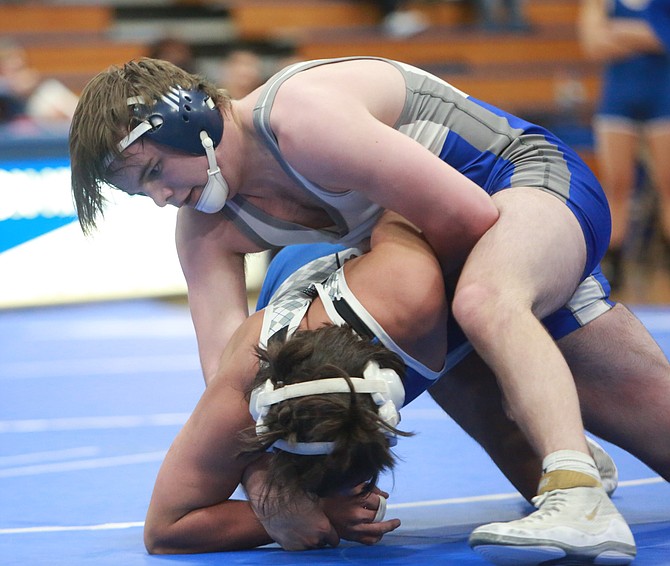 Carson High 152-pounder, Jon Hurt, works to put his opponent on his back against McQueen Wednesday night at home. Hurt went on to win by decision, 5-4.
Photo by Carter Eckl. 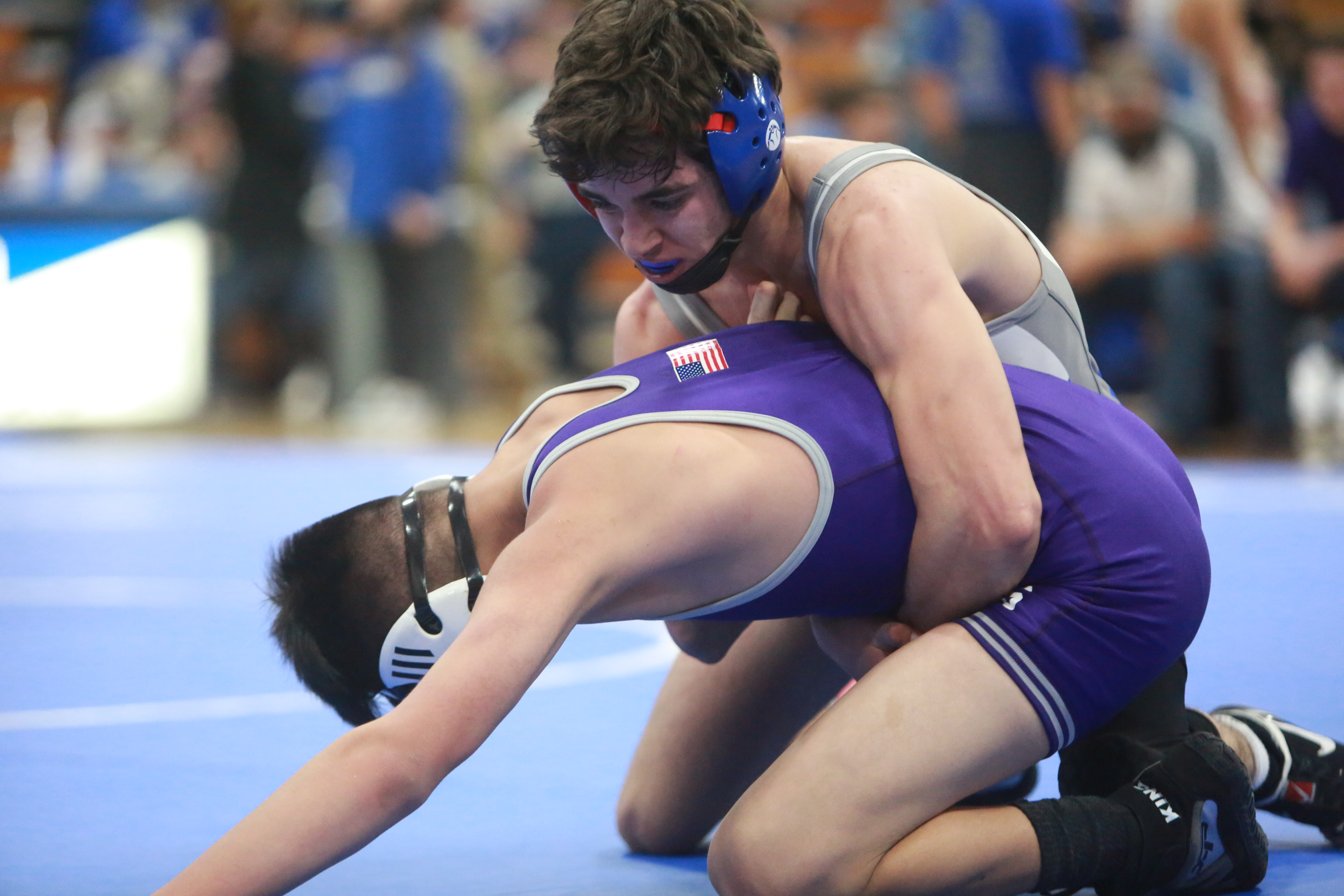