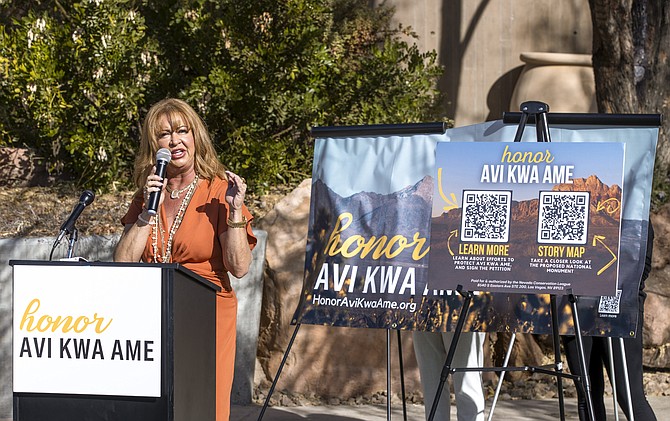 Laughlin Town Advisory Board Chair Kathy Ochs speaks about the bill to designate Avi Kwa Ame, the Mojave name for Spirit Mountain and its surrounding landscape, as Nevada's newest National Monument during a news conference at Springs Preserve on Jan. 14, 2022, in Las Vegas. (L.E. Baskow/Las Vegas Review-Journal via AP)