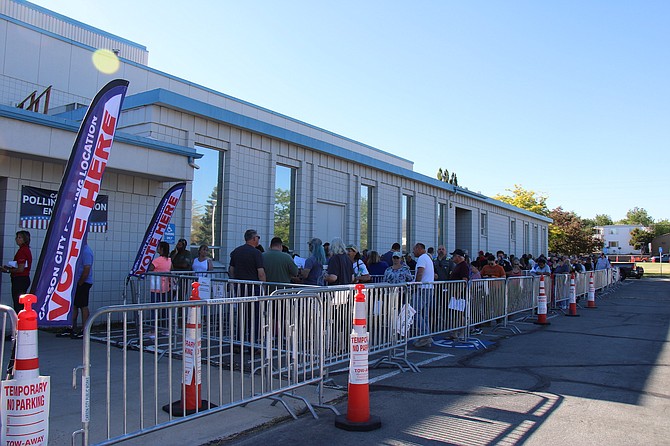 Voters line up to cast primary election ballots at the Carson City Community Center on June 14, 2022.
Photo by Faith Evans.