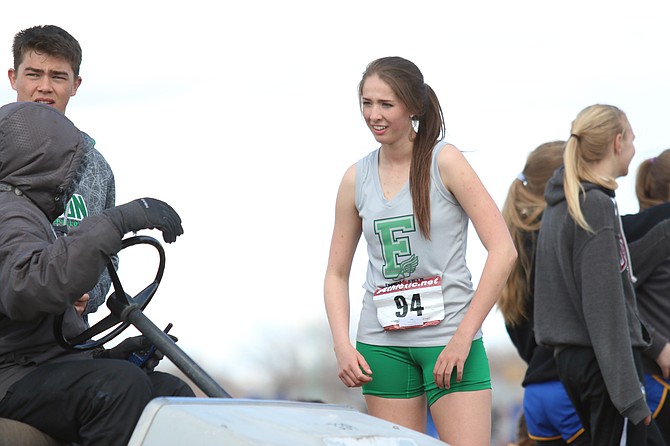 Ex-Greenwave jumper Brynlee Shults talks with coach Paul Orong after one of her jumps.
Photo by Thomas Ranson.