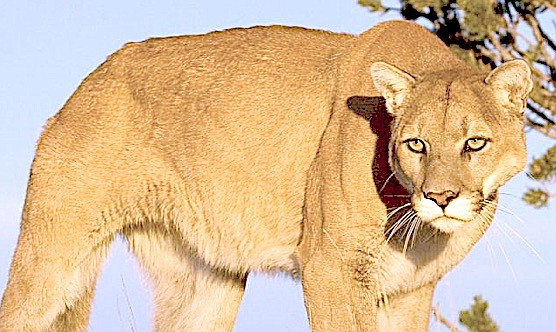 A mountain lion from the Nevada Department of Wildlife website

A mountain lion that killed a couple of calves near Genoa last month was trapped by federal wildlife authorities.

The big cat was trapped by the Animal Plant Health Inspection Service of the U.S. Department of Agriculture, according to Nevada Department of Wildlife spokeswoman Ashley Sanchez.

“We hand over any situations involving agriculture or livestock to the U.S. Department of Agriculture’s … Wildlife Services,” she said. “Since the mountain lion killed livestock, wildlife services did remove the animal.”

Sanchez said that after the mountain lion was trapped, they haven’t received any further reports of sightings out of Genoa.

She said that landowners can reduce the risk of mountain lions on or near their property by following precautions listed at https://www.ndow.org/blog/living-with-mountain-lions/