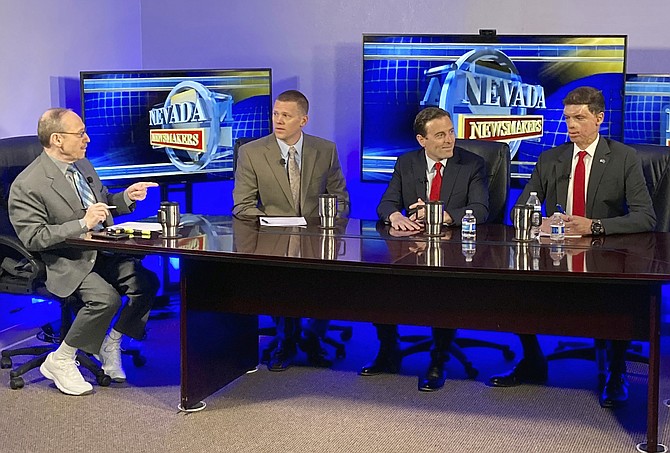 At a television studio in Reno, Republican Senate hopefuls Sam Brown, right, and Adam Laxalt, second from right, prepare for a debate on May 9, 2022, taped for broadcast on "Nevada Newsmakers." The show is moderated by host Sam Shad, far left, and Victor Joecks, second from left, of the Las Vegas Review-Journal.
Scott Sonner/AP