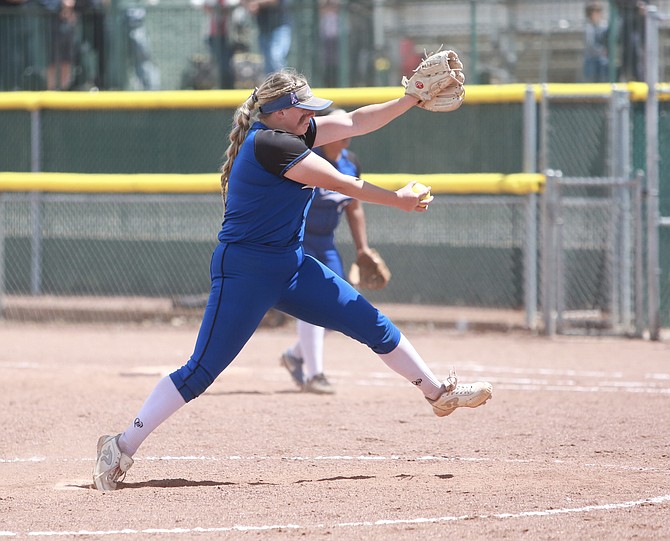 Caydee Farnworth winds up to throw against Reed in the opening round of the regional softball tournament Thursday afternoon at Bishop Manogue.
Photo by Carter Eckl.