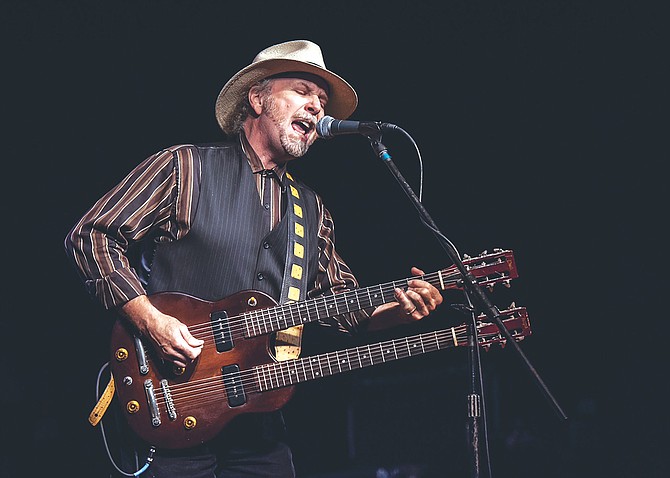 Roy Rogers and the Delta Rhythm Kings are scheduled Saturday in Carson City at the Nashville Social Club.

Rogers has a long and storied career that includes touring with John Lee Hooker and co-producing tracks for Hooker with Ry Cooder and Van Morrison and recording with Taj Mahal, Miles Davis, Ray Manzarek of The Doors, and Norton Buffalo. He’s also shared the stage many times with Bonnie Raitt.

Rogers is considered a preeminent slide guitarist and has won consistent critical acclaim for his studio work as well as his deft ability to bring the house down during live shows with his band, the Delta Rhythm Kings.

WHAT: Roy Rogers and the Delta Rhythm Kings