Senators head to No. 1 Manogue 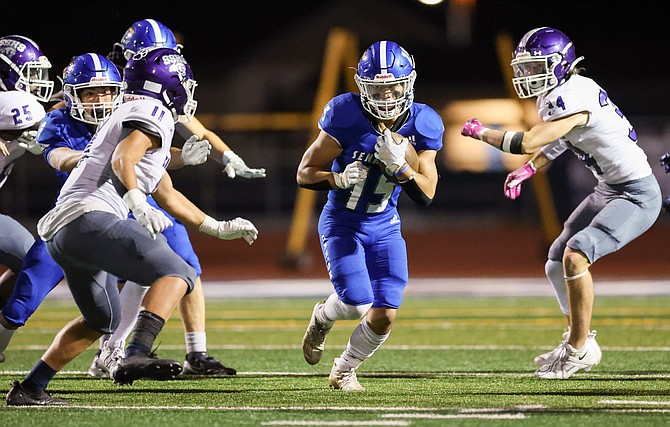 Carson High running back Marcus Montes hits a hole against Spanish Springs last week. The Senators will have their hands full Thursday against the top team in the North, Bishop Manogue.
Photo by Jeff Mulvihill, Jr. | InstaImage.