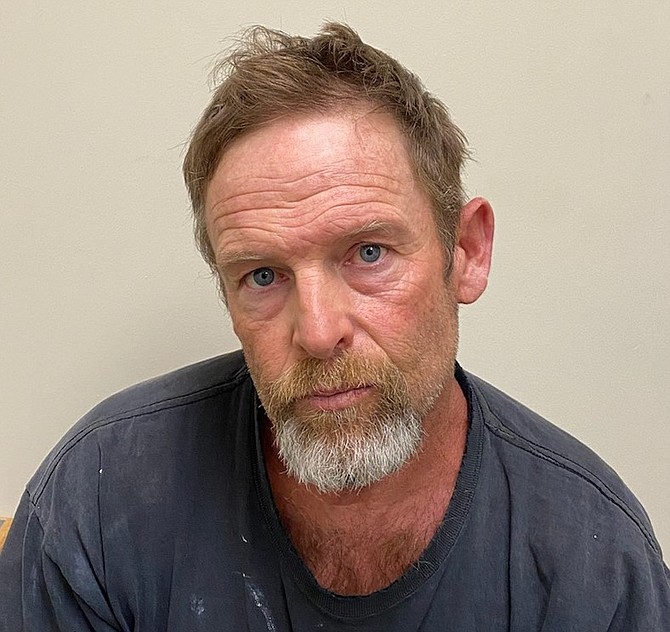 A 54-year-old Carson City man was arrested Thursday after he allegedly boarded a student-occupied school bus with a holstered handgun.

Michael Baxter was arrested on suspicion of false imprisonment, threatening to cause bodily harm to a pupil and unlawful contact with a child.

Another male was arrested on an unrelated charge while Carson City deputies were taking Baxter into custody.

The investigation is ongoing. District officials and school administrators continue to cooperate with local authorities in providing information relating to the incident.

Families of students on the bus were not immediately notified of the incident so as not to hinder the Carson City Sheriff's Office's ability to apprehend Baxter.

The bus driver who allowed the man to enter the bus is on administrative leave, pending the investigation, the school district said.

“Employee disciplinary matters are confidential,” a joint press release between the Carson City School District and Carson City Sheriff’s Office said. “However, district officials diligently follow up on any allegation involving an employee of the district, with student safety as a paramount priority. The district is committed to taking all necessary steps to fully investigate allegations and to impose all appropriate employee discipline attendant to such allegations, if found to be true.”

Baxter’s bail was set at $7,500. He is not a school district employee.