Lombardo says he is committed to 'the Nevada Way' 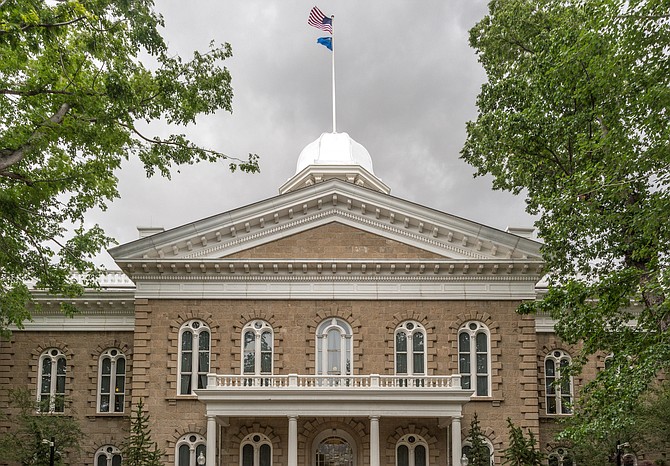 Gov. Joe Lombardo told an audience of more than 200 at the community center Tuesday in Carson City he will govern based on conservative ideas of limited government interference, saying he is convinced that, “the best of Nevada’s history lies before us.”

“I am fully committed to putting the future back in the hands where it belongs — to the people.”

That, he said, means keeping his campaign promise not to ask for new taxes or raise existing taxes and to eliminate soft-on-crime legislation.

He also promised to expand school choice and work to improve public schools.

He said the Nevada Way is to meet challenges and overcome adversity that he said Nevadans have always done.

He said the past few years have been tough with a pandemic and other challenges but that the state’s residents have met those challenges every time.

“Nevada history teaches us to persevere while others settle for less,” he said. “The people of Nevada are fundamentally resilient.”

That, he said, is “The Nevada Way” and it will continue under his leadership.

Lombardo officially took the oath of office on the first Monday of January in a small ceremony as required by the state constitution. He repeated the oath Tuesday.

Lombardo acknowledged there are differences and that the state is polarized. But he said the state and its government can “rise above it.” He quoted one of his predecessors, Democrat Richard Bryan, as saying, “we are all in this together. We all carry the burden of making Nevada better.”

Lombardo said that, “what unites us is more than what separates us.”

“The hard work begins today,” he said. “I do not fear what lies ahead. I look forward to the future with great hope and expectations.”