Lombardo’s ’State of the State’ set for Monday 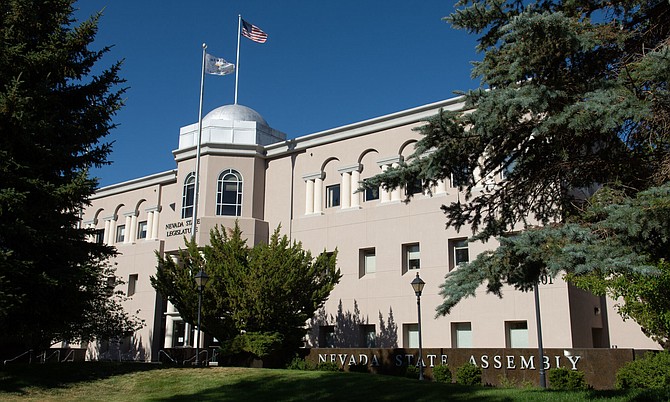 Gov. Joe Lombardo addresses a joint session of the Nevada Legislature on Monday to present his State of the State address ahead of the 2023 Legislature.

For state workers, the focus of the speech will be what Lombardo intends to do for them. His predecessor, Steve Sisolak, said he was including a total of nearly 15 percent pay raises for state employees, some 10 percent the first year of the biennium and up to 5 percent more the second year. Sisolak argued the state can’t fill vital positions because it pays far less than local governments in Nevada, especially in fields such as public safety, corrections and IT.

Ben Kieckhefer, Lombardo’s chief of staff, said there will be pay raises for state workers but added Lombardo’s team was evaluating the increases included in Sisolak’s proposed budget.

Lombardo is also expected to focus on his campaign promise to upgrade K-12 education funding, expanding choice in public and private sector schools. Kieckhefer said educators and the public, “are going to be very happy with what we propose.”

Lombardo has also promised to clean up and simplify the process of hiring state workers to reduce the overall vacancy rate that exceeds 20 percent. He signed an executive order directing the Department of Administration to greatly simplify and improve rules for hiring, retaining and promoting state workers, saying too often under existing rules, it takes months to fill vacancies.

And he has at this point frozen the implementation of new regulations, directing state agencies to conduct an extensive examination of business licensing and other regulations to determine whether they are getting in the way of private industry and the growth of Nevada’s economy.

Finally, Lombardo has said he wants state agencies to bring their workforces back to the office to better serve the people of Nevada. Too many offices, he said, are still working remotely.

With the Assembly and Senate controlled by Democrats, Lombardo’s team admits it will take some negotiation to work out compromises acceptable to both parties.

The speech will be followed by a week of hearings designed to give lawmakers a preview of what’s in the proposed budget.

The address is scheduled in the Assembly chambers. Pre-program begins at 5:30 p.m. (Guests and media must be seated by 5:15 p.m.) Remarks begin at 6 p.m. and are slated to conclude by 7 p.m.