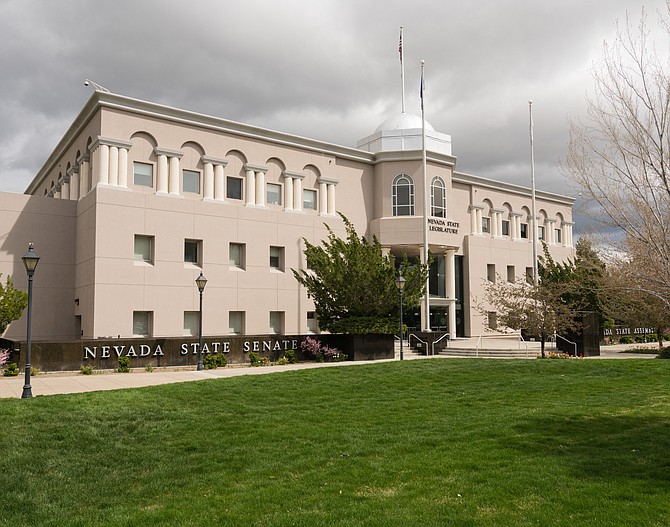 Several members of the money committees objected Tuesday to specific cuts to K-12 education funding in the governor’s recommended budget.

Defense advocates objected Thursday to an amendment in a bill designed to remove an unconstitutional bail statute.

Bill expands Medicaid coverage to all Nevadans with ‘Public Option’

Democrats led by Senate Majority Leader Nicole Cannizzaro of Las Vegas on Wednesday introduced legislation that would create a Public Option program that would provide health insurance coverage to “all natural persons who reside in this state.”

Tuesday’s deadline for bills to pass out of the house of origin saw just four pieces of legislation left behind.

The Nevada Senate on Monday voted unanimously in favor of a proposal to allow pharmacists to provide patients birth control without authorization from a doctor or health care provider with a traditional prescription pad.

The Nevada Legislature reopened its doors to the public on Thursday after months of only allowing lawmakers, staff and a limited number of reporters into the building.

Nevada lawmakers sped through hundreds of proposals on Friday to meet another major deadline of the 2021 legislative session, which required most bills to pass out of their first committee before Saturday to remain up for consideration.

Friday is the Nevada Legislature’s deadline for passage of non-exempt bills from committee in the house where they were introduced.

The Assembly Ways and Means Committee was asked Monday to support a bill expanding the ability of governments and agencies to seek reimbursement from people who willfully or negligently cause wildfires.

After years of leadership and legislative counsel directors opposing electronic security, the Nevada Legislature is getting metal detectors and X-ray machines at its main entrances.