Fires raging all through Northern Nevada 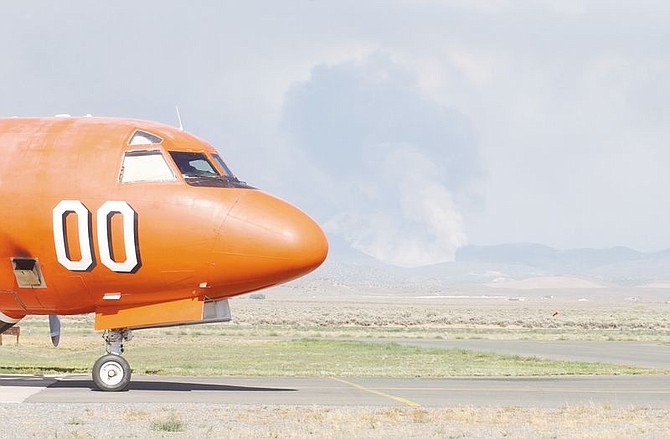 A P-3 Orion Air Tanker waits as it reloads to fight the Buckeye Fire south east of Johnson Lane. The fire, which was started by lightening, was inaccessable by the ground so was fought by a lone tanker as several others helped with other fires in the area. photo by Brian Corley