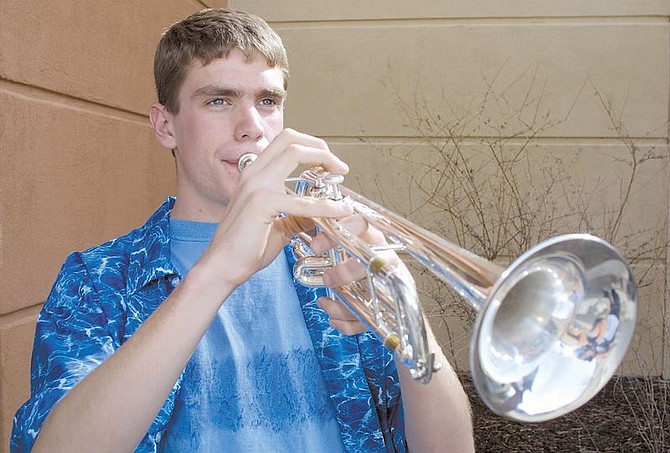 Tyson Reed, 17, was awarded Command Performance at the Nevada All-State Solo and Ensemble Competition for his trumpet playing.