Group heading into the mountains to clean 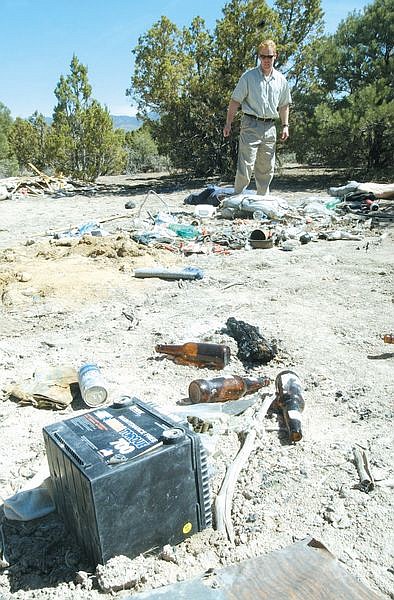 Kevin Walsh, President of the Pinenuts Mountian Trail Association, looks over trash left behind at an illegal dump site along Pine Nut Road in Gardnerville. Walsh has organized a clean-up effort to remove some of the garbage planned for June 1st. Photo by Brian Corley