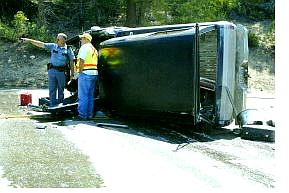 Dan Thrift/Nevada Appeal News Service This overturned SUV was one of four cars involved in an accident on Friday morning near Logan Shoals.