Hey, can you pass the gravy? 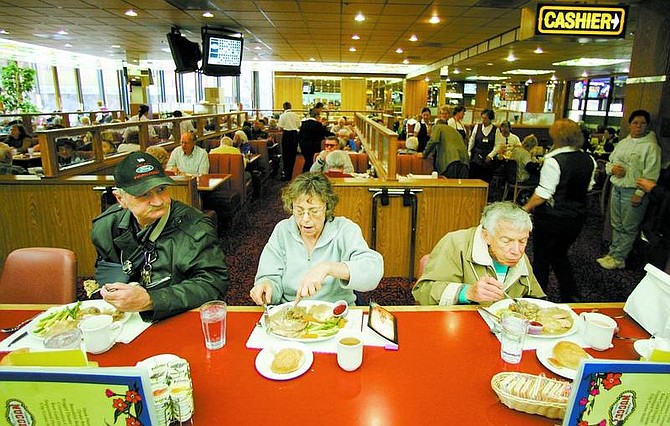 BRAD HORN/Nevada Appeal The counter and restaurant at the Nugget Coffeeshop filled quickly Thursday morning. The casino restaurant will serve between 3,200 and 3,500 free turkey or ham dinners for Thanksgiving and Christmas.