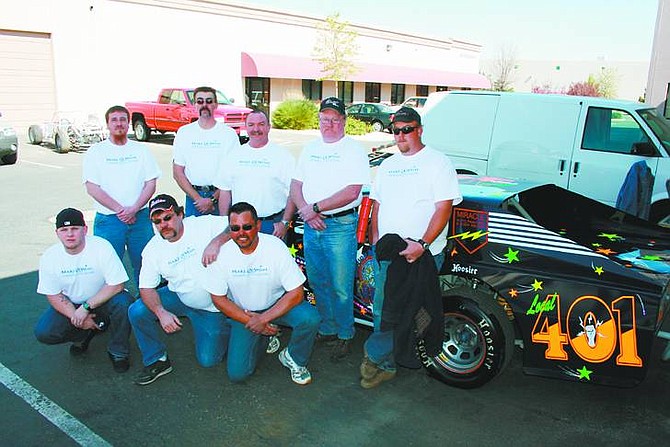 Rhonda Costa-Landers/NevadaAppeal Racing for Make-A-Wish in 2008 are, kneeling from left, Nick Ellsworth, Dan Prowinski and Paul Kitchener, back row, Michael Teegarden, Duane Kramer, Rod Gianchetta, Marty Dobson and Chris Michelson. Tickets for the racecar will be sold at each IMCA race, which will be given away at a drawing at the end of the season.