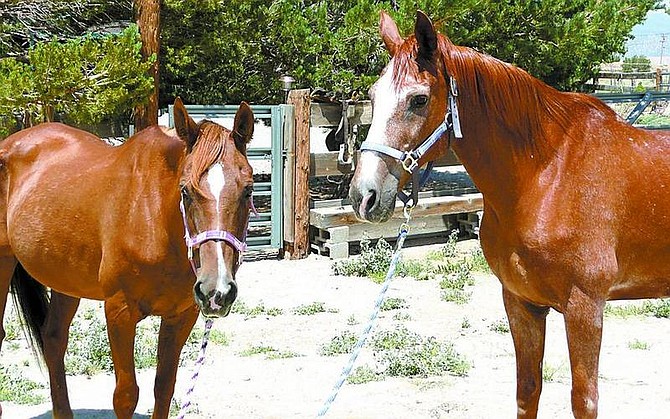 Submitted photoHope and Courage, two starved horses found abandoned in Fish Springs, will be adopted by a couple soon moving to Stagecoach.