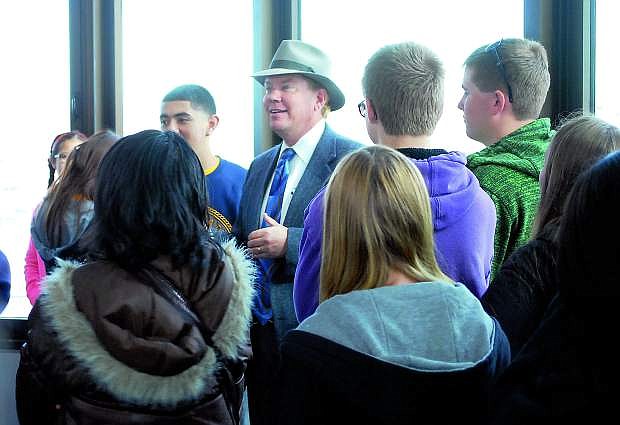 Naval Air Station Fallon public affairs officer Zip Upham speaks to Carson High School Navy Junior ROTC students who toured the control tower. Upham, who returned to work on Monday, was one of about 100 civilian employees placed on emergency furlough because of the impasse between Congress and the Obama Administration.