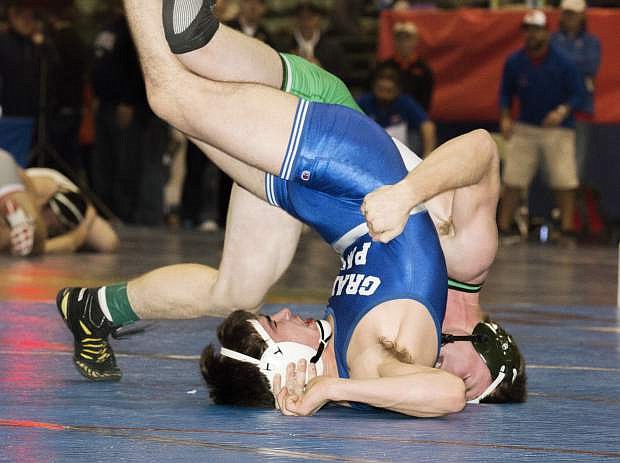 Trae Workman of Fallon pins his opponent in the semifinal round at the Sierra Nevada Classic.