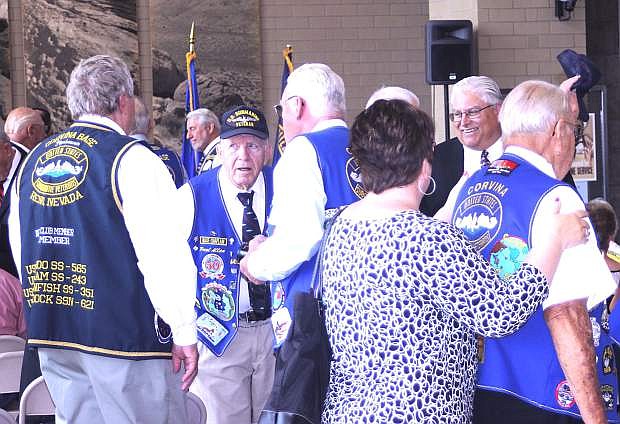 Submariners mingle with each other at a ceremony to unveil a 10-foot model of the USS Corvina.