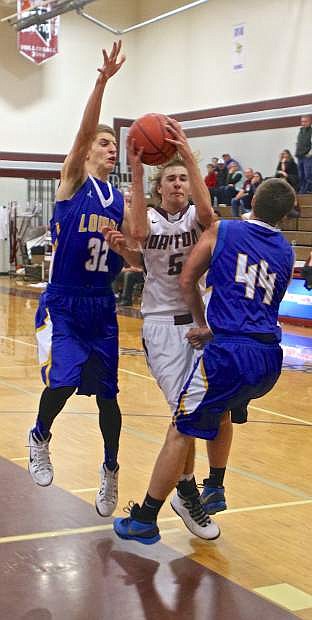 Senior guard Josh Riders drives to the bucket and is fouled in the process in a game against Lowry Friday night in Dayton.