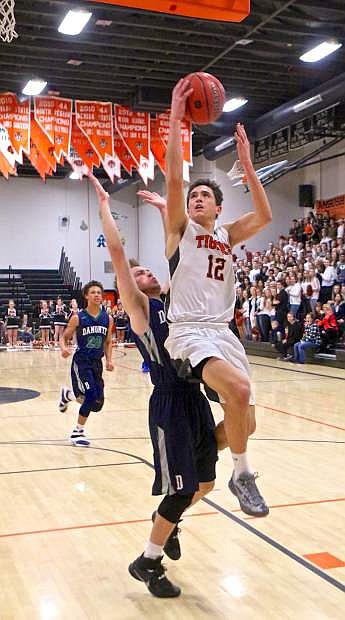 Douglas&#039; Tre Jackson drives in for a layup in a 89-51 defeat of Damonte Ranch Friday night at Randy Green Court.