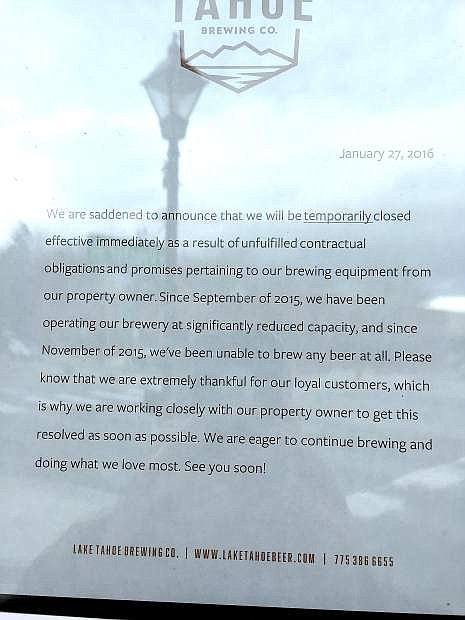 A look at the sign on the door at Lake Tahoe Brewing Company&#039;s Carson City location.