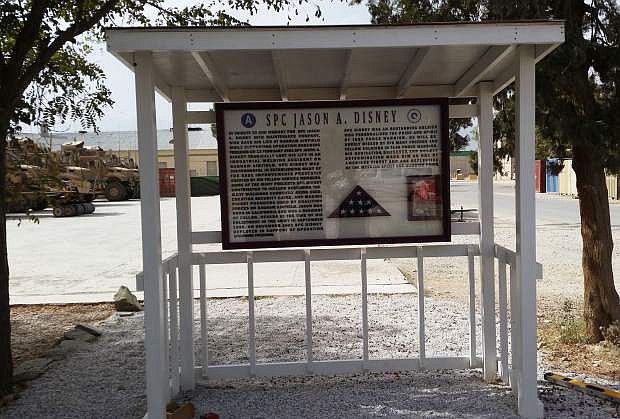 Sr. Airman Eric Woolstom and two other airmen had a special ceremony for unveiling the new sign.