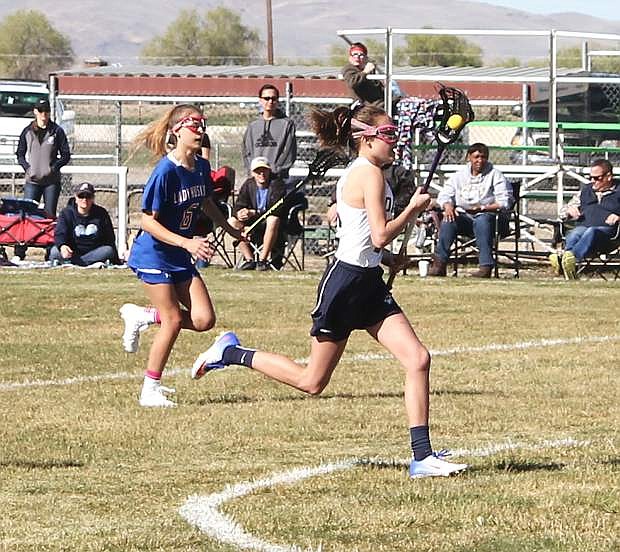 Sadie O&#039;Flaherty races the ball down the field to score a goal against the Reno Lady Huskies.