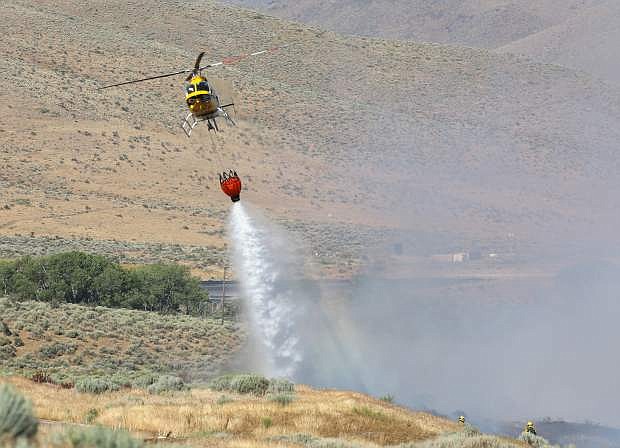 A helicopter drops a bucket of water on to a wildland fire north of Genoa.