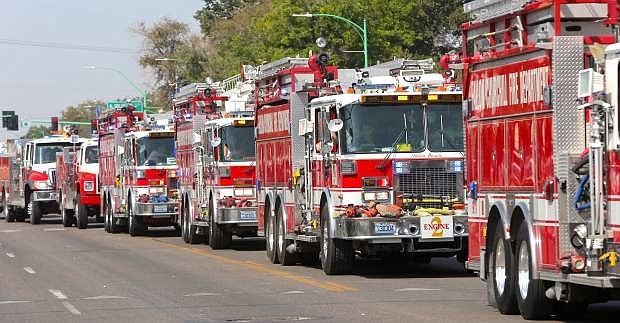 Fire trucks make their way down the parade route on Monday.