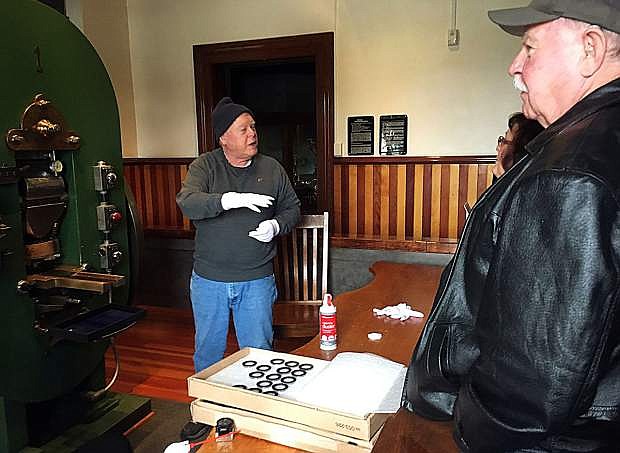 Nevada State Museum volunteer Cliff Dunseth talks about the history of Coin Press No. 1 to museum visitors. The museum will be running demonstrations of the press each Friday through Labor Day.