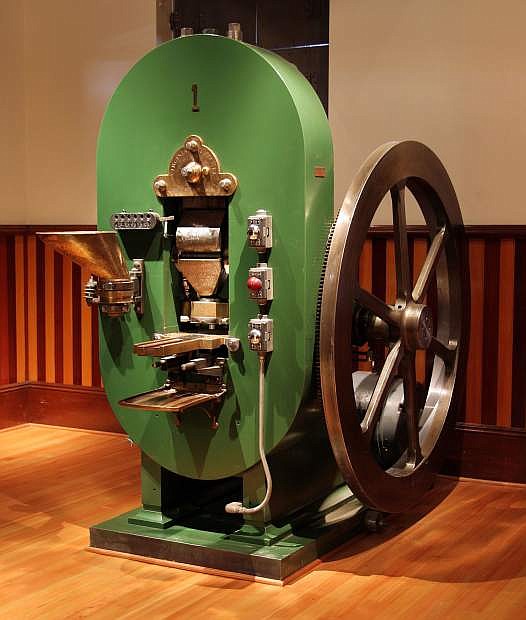 Coin Press No. 1, as it looks today, first came to the Carson City Mint in 1870. It returned to the building, now the Nevada State Museum, in 1958 after the state bought it for $225 from the federal government.