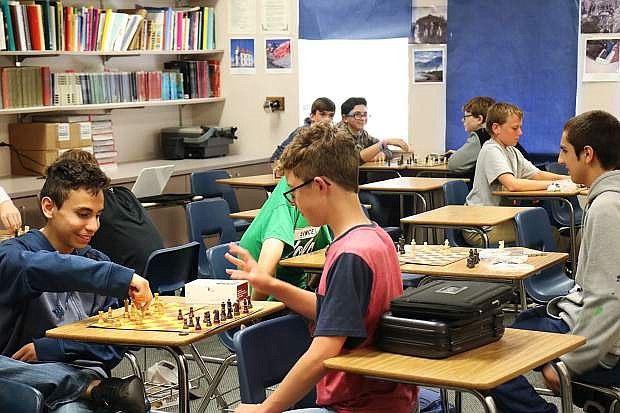 The Chess Club is among the 27 clubs students practice problem solving skills during Power Half Hour on Fridays at Churchill County Middle School.