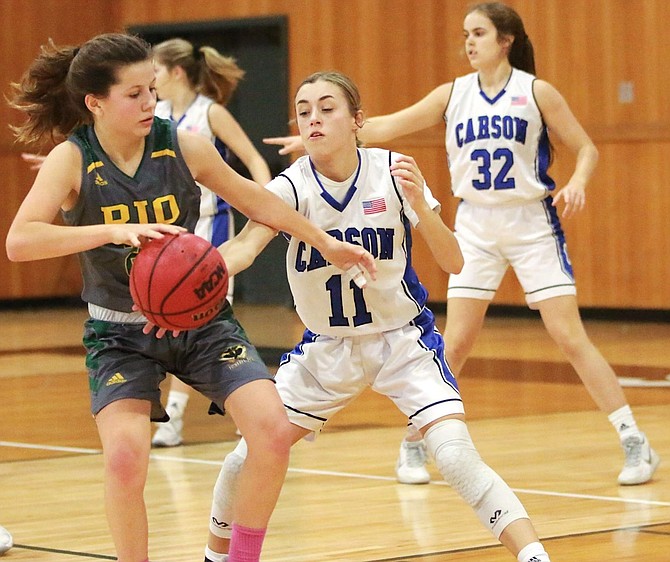 Abby Golik pokes away a steal in a Senator girls basketball game earlier this season. Golik and company have allowed just 38.7 points per game this season while forcing an average of 19.5 steals per game.