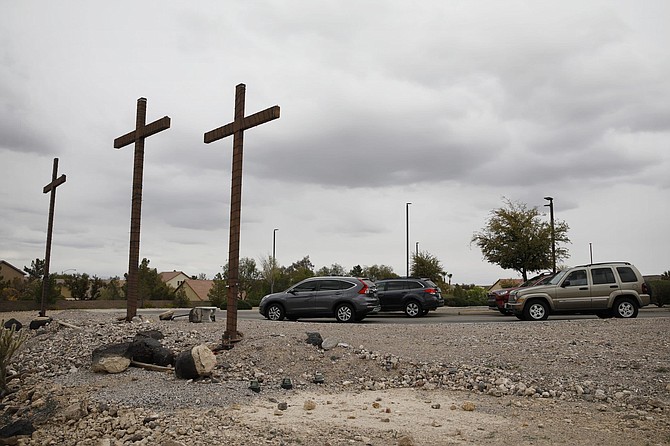 Cars stop at a station at a drive-thru Stations of the Cross for social distancing due to the coronavirus on Good Friday at the New Song church, Friday, April 10, 2020, in Henderson, Nev. (AP Photo/John Locher)