A day to remember a nation’s resolve 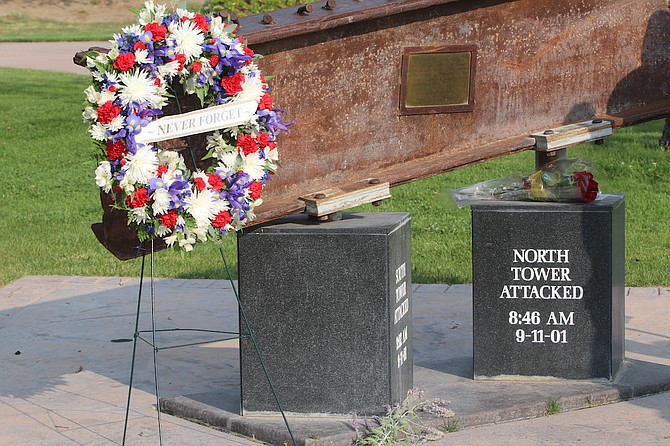 A wreath with a ribbon of Never Forget keeps watch on blocks noting the attacks on the north and south towers of the World Trade Center.